February 25, 2023: Iran Past and Present: Archaeology, Architecture and Gardens

Andrew Moore, PhD, Past President of the Archaeologial Instute of America & Rochester Institute of Technology (retired) 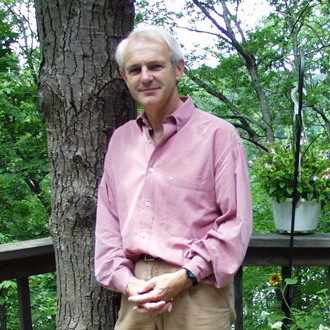 Iran, a land of stunning beauty, possesses a cultural heritage of extraordinary richness.  This talk will describe some of the fascinating sites to be found there that have been explored by archaeologists.  We will discuss several of the sublime buildings that reveal the great beauty and technological skill of Islamic architecture.  Iran, too, is famed for its gardens, laid out around the palaces of rulers and notables.  We will examine their underlying structure and consider their influence on garden design worldwide.  Iran today is a country with a sophisticated population who have experienced radical political and economic changes over the last century.  The talk will conclude by touching on some of these events and their wider impact.

Andrew Moore’s archaeological interests span the Middle East, the Mediterranean, and Europe. His research has concentrated on the advent of agriculture and sedentary life in the Middle East and their spread to Africa and Eurasia. Moore has conducted field research in Syria, Iraq, Palestine, Croatia and other countries.

In the 1970s Moore excavated Abu Hureyra in the Euphrates Valley in Syria, a site threatened by the construction of a new dam. The site was significant because it documented the transition from foraging to farming around 13,000 years ago, much earlier than had been suspected. Research on the record from this key site continues.

Moore is currently investigating the spread of farming around the Mediterranean and into southern Europe. Moore has excavated two Neolithic villages, Danilo and Pokrovnik, on the Croatian coast and has conducted extensive landscape surveys of the surrounding region. The project has demonstrated that agriculture reached the Adriatic region as a mature mixed farming system brought in from farther east by migrating farmers around 8,000 years ago.

Moore has taught archaeology at the University of Arizona and Yale University. Moore has spent two decades in academic administration, as Associate Dean in the Graduate School at Yale, and latterly as Dean of the College of Liberal Arts, then Dean of Graduate Studies, at Rochester Institute of Technology (RIT). He is currently Professor and Dean Emeritus at RIT, and an Honorary President of the Archaeological Institute of America, the largest and oldest archaeological organization in North America.

Moore’s publications include Village on the Euphrates (with G.C. Hillman and A.J. Legge, Oxford University Press 2000) and Early Farming in Dalmatia (with Marko Menđušić, Archaeopress 2019). His degrees are from the University of Oxford (B.A., M.A., D.Phil.) and the University of London (Dip.Arch.).